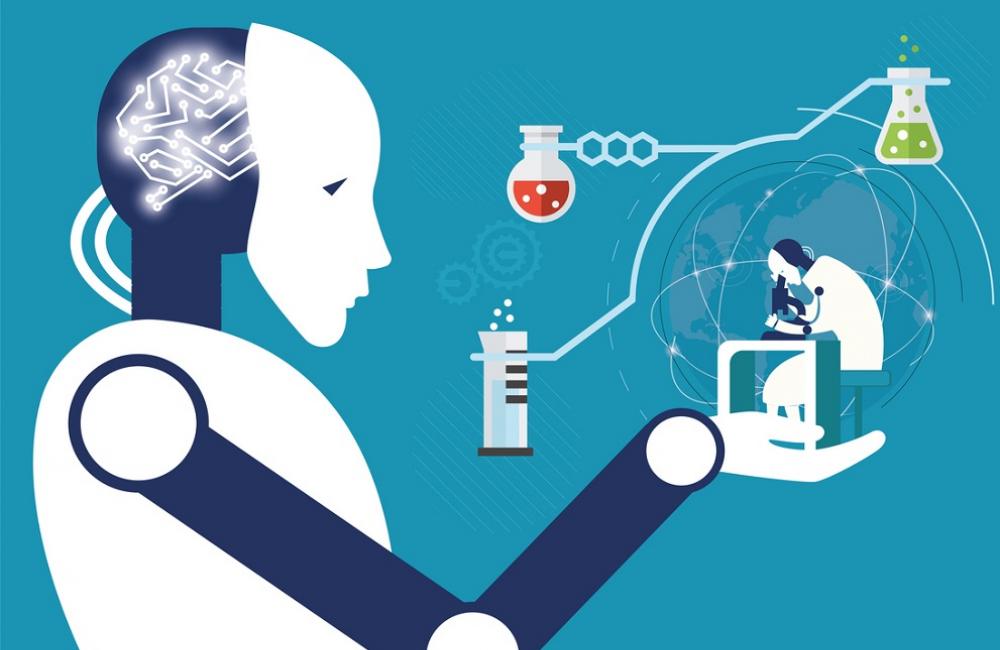 In a survey conducted by Intel and Convergys Analytics, half of the participating professionals reported that widespread adoption of AI is imminent — predicting that it will be common practice within five years.

Nearly 20% believe that AI will be completely adopted in less than two years.

The poll found that 37% of respondents are already using artificial intelligence within their organizations in some capacity.

Fans of adopting AI within healthcare are convinced that it will proactively intervene during unfavorable events; 91% stated that AI will improve providers’ abilities to deliver early interventions.

Eighty-eight percent believe that AI will improve overall care, and 83% anticipate more accurate diagnostic capabilities. The rationale is that AI will enable clinicians to spend more time with their patients; 81% believe that machine learning can improve efficiency and lower costs.

It is also believed that artificial intelligence technology has the potential to impact every stage of the clinical trials process — from finding a trial, to enrollment, to medication adherence, to data collection.

A sought-after application of using artificial intelligence software is to extract relevant information from a patient’s medical records (such as EHRs and lab images), then compare it with ongoing trials, and suggest matching studies.

Survey results indicate that there is a lack of trust among users and those who will benefit from these technologies. Over a third of survey participants believe that patients will never embrace that an algorithm is assisting in their healthcare; 30% believe that the biggest obstacle will come directly from the physicians.

The potential for an AI tool to make a devastating mistake could understandably be non-negotiable for physicians. Fifty-four percent of respondents agree that AI will be responsible for at least one fatal error, which could discourage organizations to avoid AI in clinical applications. These examples are just some of the potential challenges that could delay efforts to expand AI in the healthcare setting.

As with most early technologies, there are hurdles to fully adopting AI. “There are a number of technologies that require considerable fine-tuning for the healthcare space and I don’t think AI is any different,” explained Brendan FitzGerald, director of research at HIMSS Analytics. Many feel that AI technologies are still too early in the stages of development.

FitzGerald cautioned that vendors will be trying to keep pace with the AI ‘gold rush’ the way many did with population health and telemedicine to show they’re on top of the latest and greatest technologies in healthcare and ahead of where people are going, even some who are not actually AI companies.

“Once the industry has a handle on how to implement AI at the point of care,” Fitzgerald said, “the ability for AI to present clear and present opportunities may escalate adoption.”

The Adoption of Artificial Intelligence

Despite the inevitable obstacles in store, survey participants believe companies who hesitate to invest in AI will fall behind their competitors. Eighty-three percent of respondents agreed that AI will provide a competitive edge, with 23% “strongly agreeing” with the statement.

Artificial intelligence contributions that are self-evident and have the safety of patients front and center, are likely to be among the most effective tools as the industry moves closer to widespread clinical adoption.

Be sure to stop by Auxo Medical’s blog next time as we’ll be covering how-to steps on implementing AI into healthcare.