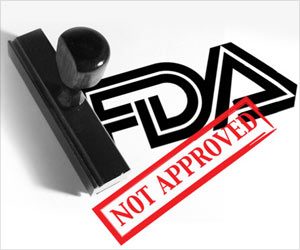 Here’s a reminder of the recent ban of powdered gloves by the Federal Drug Administration (FDA). Compliance is mandatory in less than a week.

In its announcement last month, the FDA formally banned two types of powdered gloves and a glove lubricant. These medical devices can no longer be legally marketed or used effective January 18, 2017. That prohibition applies to devices already in commercial distribution and those sold to the end user.

Specifically, the ban applies to powdered patient examination gloves, powdered surgeon’s gloves and absorbable powder used to lubricate surgeon’s gloves. The glove types include all of these gloves, regardless of the material from which they are made – including NRL and synthetic latex gloves.

Notably, powdered radiographic protection gloves are not included in the ruling. The FDA acknowledged that they had no evidence to support a ban of this particular device primarily because there are no such gloves currently on the market.

The ban does not apply to powder used in the manufacturing process of non-powdered gloves where no more than trace amounts of residual powder remain on the finished product.

The FDA is authorized to ban a device if it finds that the device presents substantial deception or unreasonable and substantial risks of illness or injury, which cannot be corrected by labeling or a change in labeling. Such a determination must be based on a thorough review of all available data and information. The FDA concluded that the risks associated with powdered gloves are “unreasonable and substantial” while obtainable, non-powdered alternatives do not pose these risks.

The risks associated with powdered gloves to both patients and health care providers, as described by the FDA, include causing issues such as inflammation, granulomas and respiratory allergic reactions. The concern is that any or all of these hazards can lead to surgical complications.

The FDA concluded that non-powdered alternatives deliver similar levels of protection, manual agility and performance as powdered gloves without the attendant risks..

Interestingly, the FDA has rarely acted to initiate a ruling to ban a medical device. As a matter of fact until last year, there was only one such ban for a device that did not perform as promised.. That does seem to speak volumes of the Agency’s due diligence in analyzing and weighing the exposure of individuals to potential medical device risks.

Among the FDA published findings is the availability of an abundance of “viable non-powdered alternatives” supporting its conclusion that the ban would not create a shortage and any economic impact would prove to be insignificant.

As required, the Agency requested public comments prior to adoption of the then proposed rule. About 100 comment letters were received from a cross-section of patients and consumers, medical professionals, device manufacturers and professional and trade associations. The majority of the responses were generally in support of the rule while some were in disagreement with the objectives of the rule.

Since the rule passed as originally proposed, clearly the FDA did not make adjustments based on public comments.

View a more complete accounting of the responses, as well as all the details of the new rule here.

The FDA recommends that standard industry practices be employed to dispose of unused inventories of powdered medical gloves at domestic manufacturing and distribution centers.

Unused supplies at hospitals, outpatient centers, clinics, medical and dental offices, other service delivery points (nursing homes, etc.), and in the possession of end users, will need to be disposed of according to established procedures of the local community’s solid waste management system.

Manufacturers may not import powdered medical gloves after the effective date of the ban.
Manufacturers may export existing inventory of powdered gloves to a foreign country if the device complies with the laws of that country, meets the specifications of the foreign purchaser, is labeled on the outside of the shipping package that it is intended for export and is not sold or offered for sale in domestic commerce.