HELP Is On The Case 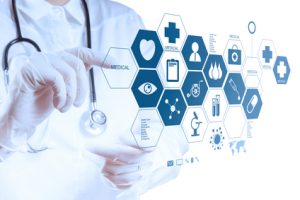 Looking at the current state of proposed healthcare Information Technology (IT) reforms as unanimously passed by the HELP Committee.

Healthcare increasingly is a patient-centered world where information technology (IT) has a major effect on diagnosis and personalized treatments. Without a doubt, electronic health record (EHR) technology is under significant scrutiny by the U.S. Senate Committee on Health, Education, Labor and Pensions (HELP).

For over a year, the HELP committee has been investigating potential issues with health IT and the meaningful use of certified EHR systems. An important development occurred in February of this year when HELP voted unanimously to pass the Improving Health Information Technology Act (S. 2511).

View the the current version as revised in April of this year.

HELP envisions the Act will seek to improve health IT by reducing healthcare providers’ regulatory burden as well as enhance the exchange and accuracy of patient information. Senator Lamar Alexander (R-TN) introduced the bill early in 2016 and serves as the Chairman of HELP.

Commenting on the passage Alexander said, “Our goal is to make our country’s electronic health record system something that helps patients rather than something that doctors and hospitals dread so much that patients are not helped. We have worked for months – with input from those who actually use the system – to help improve health information technology and I’m glad to see this legislation move forward as part of a successful first meeting on our committee’s bipartisan biomedical innovation agenda.”

Following up on his statement last June, Alexander maintains, that HELP’s “… goal is to identify the five or six steps we can take to improve electronic health records-a technology that has great promise, but has, through bad policy and bad incentives, run off track.”

In keeping with that goal, the Improving Health Information Technology Act proposes action in the following areas:

HELP Committee Ranking Member, Patty Murray (D-WA) emphasized, “If we want to continue building a healthcare system that works for patients and families and puts their needs first, strengthening our nation’s health IT infrastructure must be a top priority. I’m pleased that with this legislation, Democrats and Republicans have been able to reach agreement on policies that will help empower patients and providers with more and better information to help drive treatment and improve health outcomes.”

Proposed legislation goes through four steps to be enacted into law:

Likelihood of Becoming Law of the Land

GovTrack is the only website that provides free research, tracking, and analytics on the daily activities of the United States Congress. According to GovTrack, the Act has a 48% chance of being enacted.

Contributors to the site have a complex methodology to arrive at these statistics. As it relates to this proposed legislation, GovTrack points to these six elements that help determine its chances:

Regardless of the outcome, the message from Congress is clear; healthcare IT is a major reform target in the ongoing transformation of healthcare in America and future changes are sure to affect both providers and patients.