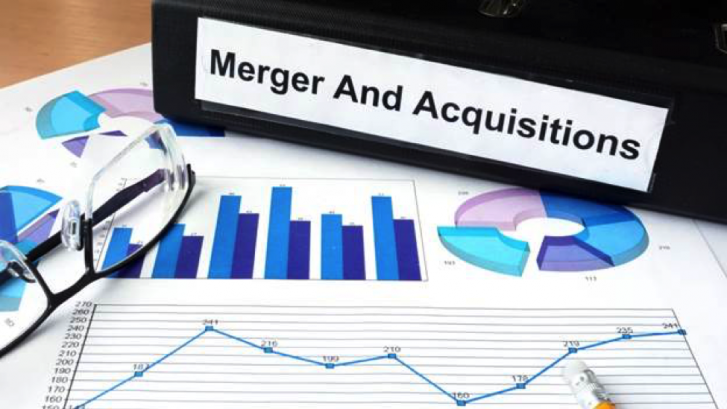 ASCs at Center of This Major Trend – 5 Major Drivers

ASCs merger and acquisition activity continues its decade long growth trend. Industry experts anticipate the outlook for 2017 and beyond will likely maintain or exceed that momentum.

There are 5 major drivers that fuel this buying spree to consolidate and deliver patient care in non-hospital settings.

There are strong, polar opinions on how health care in America should be administered and paid for. However, even warring sides in the national healthcare debate agree that cost reduction must be the centerpiece on the discussion table.

In 2016 national healthcare expenditures approached 18 percent of the nation’s gross domestic product. That percentage is projected at nearly 20 percent by the year 2025 as illustrated in the chart below prepared by the Centers for Medicare & Medicaid Services.

Surgery costs are a significant factor in the total expenditures illustrated. Enter the costs in an ASC setting and most surgical procedure outlays are reduced by about 40 percent vs. the same procedure in a hospital outpatient department (HOPD). Evidence of how the negative financial dynamics would be reversed is the conclusion of a study by the Ambulatory Surgery Center Association … savings of over $2.4 billion per year if only half the eligible surgical procedures moved to an outpatient ASC site.

So cost control is a pressing issue by the government, patients, employers and insurers.

The Move to ASCs and the Patient Experience

Millions of Americans have enjoyed a transformational patient experience beyond cost savings. ASCs provide same-day surgical care, including diagnostic and preventive procedures. That means convenience in avoiding an overnight stay as would be required in an HOPD setting.

ASCs focus on a relatively few, but growing number, of surgical procedures. Therefore they tend to provide high-quality, efficient and quick-turnaround services that reportedly result in patient satisfaction often expressed as:

Advances in medical technologies, surgical techniques and pain management have shortened recovery times. That means continued growth in the reliance and preference by patients of ASCs over HOPDs as an alternative venue for treatment.

A key to ASC profitability is that they don’t handle emergency procedures. That permits an orderly scheduling of elective surgeries … ideally lots of them. That’s an efficient use of human, capital and on-site resources … all of which contribute to a more lucrative business model.

The biggest ASC chains filed their 2016 annual reports with the following results:

With these measures of profitability as a backdrop,  Research and Markets published a press release in December of last year summarizing their marketing report on the “Global Ambulatory Surgical Centers Market 2016-2020”. During that period, the ASC market is anticipated to grow at a compound annual growth rate of 4.36 percent.

Caution on the part of buyers is the operative word in the face of uncertainty. In its annual survey on merger and acquisition activity, Capital One reports that more than half … 59 percent … of the 450 healthcare executive respondents said ACA changes were their chief concern for 2017, up from 33 percent last year.

However, in the past M&A activity has increased during periods of potentially large regulatory changes. With so many positive market factors, it should come as no surprise that ASC investment popularity is on the rise.

Consider one result if Obamacare is repealed. The moratorium on the growth of physician-owned hospitals will be lifted. That may motivate surgery centers to seek merging with hospitals, particularly in non-CON states, and support the opportunity for further expansion.

Another development is the appointment of Dr. Tom Price as the U.S. secretary of HHS. Price was formerly an orthopedic surgeon, entrepreneur and owner of an ASC. He may prove to be supportive of ASC interests in his role as HHS secretary.

Physicians have led the development of ASCs and historically have been the primary investors. While the overwhelming majority of ASCs are still physician-owned, investments from other sources are becoming more prevalent. Interestingly, hospitals, ASC chains and insurers have exhibited increased interest in ASC investments.

Hospitals have been direct competitors of ASCs. In the main, ASCs perform elective procedures and do not provide emergency services. The hospitals’ “bone of contention” has been that ASCs cherry-pick the most profitable surgical cases while uninsured and indigent patients remain the burden of hospitals.

In a turnabout of this adversarial position, more and more hospitals envision ASCs as potential partners in extending their outpatient offerings. The financial structures of these initiatives include:

Financial analysts with Barclays estimate about half of the 5,500 or so ASCs are controlled by chains. The large players include United Surgical Partners, Inc., AmSurg Corp., Surgical Care Affiliates, Inc., HCA Holdings, Inc., Surgery Partners, and other multi-site operators. Opportunities abound for these major owner/investors to advance their holdings … and for ASC owners to cash in on the fruits of their entrepreneurial labors.

Notably, health insurers are pursuing ASC investments as well. This gives insurers a way to further limit medical claims costs through the greatly reduced charges by ASCs over HOPD administered treatments. Again, another opportunity for profitable ASCs to be targets for acquisition.

There will likely be more consolidation in the ASC sector as the half of ASCs in the U.S. not owned by chains leaves abundant room for deal-making.

There are many opportunities for growth in the ASC market in 2017 and beyond. The driving forces for increased activity and investment interest in ASCs are:

There is every reason to expect ASC M&A activities will remain robust in 2017 with an accompanying uptick in valuations as competition heats up.