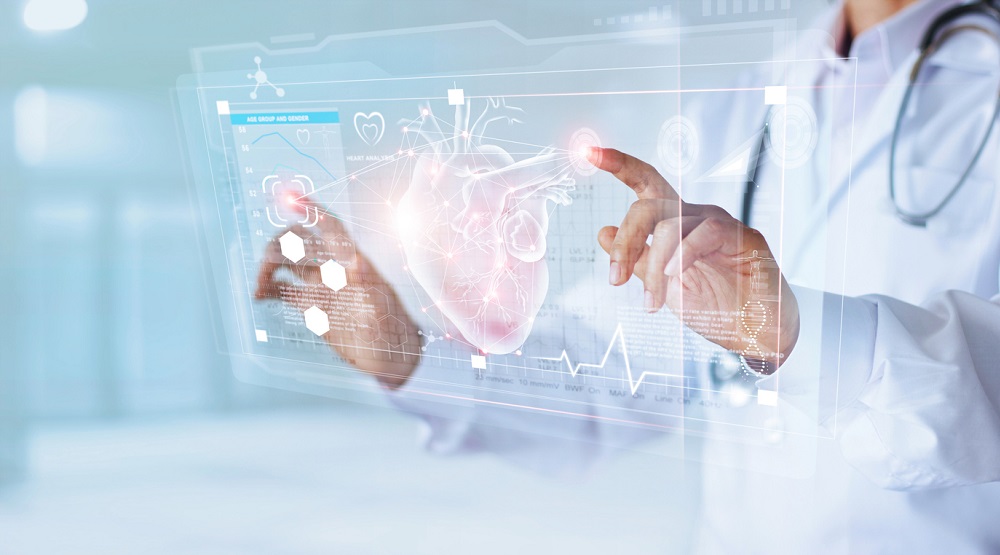 Virtual Reality (VR) technology is paving the future for people, and patients, in more ways than you may realize. Here are five examples of how VR is enhancing the healthcare landscape.

Chronic pain is a widespread medical condition, over 10% of Americans — 25 million people — battle it daily, and use pain medications in search of relief and a better quality of life.

Opioid addiction has become an epidemic in the United States, and takes the lives of nearly 100 people every single day. Healthcare professionals are in search of alternative solutions that are safe and non-habit forming.

Virtual Reality is one possible therapy that could offer relief, as it has been documented to help reduce pain by 25 percent. Evidence shows that “Medical VR” — virtual reality therapy — can prohibit the brain from processing pain, particularly for patients who are admitted in the hospital. The domino effect is that patients can have a shorter stay, continue healing at home, which ultimately reduces the cost of healthcare.

The digital research team at Cedars-Sinai tried addressing this concern by using VR with patients. In an uncontrolled case series completed at the Medical Center, preliminary findings included a 24% reduction in pain after only 10 minutes of using a special visualization called “Pain RelieVR,” created by AppliedVR and administered via Samsung Gear goggles.

Being in the hospital has a way of instilling anxiety, fear, and boredom. Sitting in a hospital bed for days, or even weeks, only exacerbates those feelings.

The Cedars-Sinai team studied a variety of patients, over 150, using a range of VR visualizations. The findings were published in a peer-reviewed study and they are now initiating the largest controlled trial to date of VR — testing its impact on pain management, narcotic usage, length of stay, and satisfaction of care among hospitalized patients.

Talks of a ‘rehab revolution’ are underway, as companies drive the use of VR in managing pain and a variety of therapies. This technology provides new and effective remote therapy options, distracting the minds and alleviating stress of chronic patients who can virtually leave the barricade of hospital walls and instead swim in the ocean… on the beaches of Hawaii…from the comfort of a couch.

Improving Care to the Elderly

Virtual Reality is improving the quality of life for the elderly population who have limited mobility. Virtually ‘traveling’ allows older folks to experience new opportunities that they wouldn’t normally be able to participate in.

As cited by Next Avenue, a journalism service for America’s booming older population, shared that in 2017 a team of scientists at The University of Texas at Dallas conducted trials with more than 300 people ages 60 to 100, in four states. They were looking to confirm that VR would be a medium this population would adopt, and also to determine which types of content would be most suitable to them. Based on the trial’s outcome, which included favorable results, they created a combination of both recreational and therapeutic content.

“One might think that a trip to Paris or a video that’s focused on pets might be recreational, but those things can turn therapeutic very fast, especially if they reach the right memories of past experiences,” says Chris Brickler, CEO and co-founder of Texas-based MyndVR, “This medium has shown promise to really have an impact on this level.”

According to National Center for Biotechnology Information, Traumatic Brain Injury (TBI) is a “common cause of morbidity and mortality in the United States with its sequelae often affecting individuals long after the initial injury. Innovations in VR technology may offer potential therapy options in the recovery from such injuries.”

The expanded utilization of immersive VR technology offers the possibility for engaging therapy in TBI rehabilitation. However, its application remains unclear since there are finite studies available right now. Researchers are hopeful that this is an opportunity for improvement and continued discovery.

It is estimated by the World Health Organization (WHO), “that 246 million people have low vision, which includes blurry vision, tunnel vision or blind spots that can’t be corrected.” The WHO also estimates, as cited by CNET, “that 90% of those who have vision problems, not just low vision, tend to have low incomes.”

Frank Werblin, a professor of neuroscience at the University of California, Berkeley, recognized that VR could play a significant role in delivering lower-cost vision options to the population who suffers with compromised vision.

Werblin was not alone in his foresight to leverage VR within the realm of vision improvement. James Blaha lived his life with a condition called amblyopia, also known as lazy eye; he discovered that he could strengthen his weaker eye using VR. It was during his own research of the ailment using a VR headset, that he uncovered the technology could be used as a therapy. Blaha ultimately started a company called Vivid Vision who develops options using VR technology for people with amblyopia.