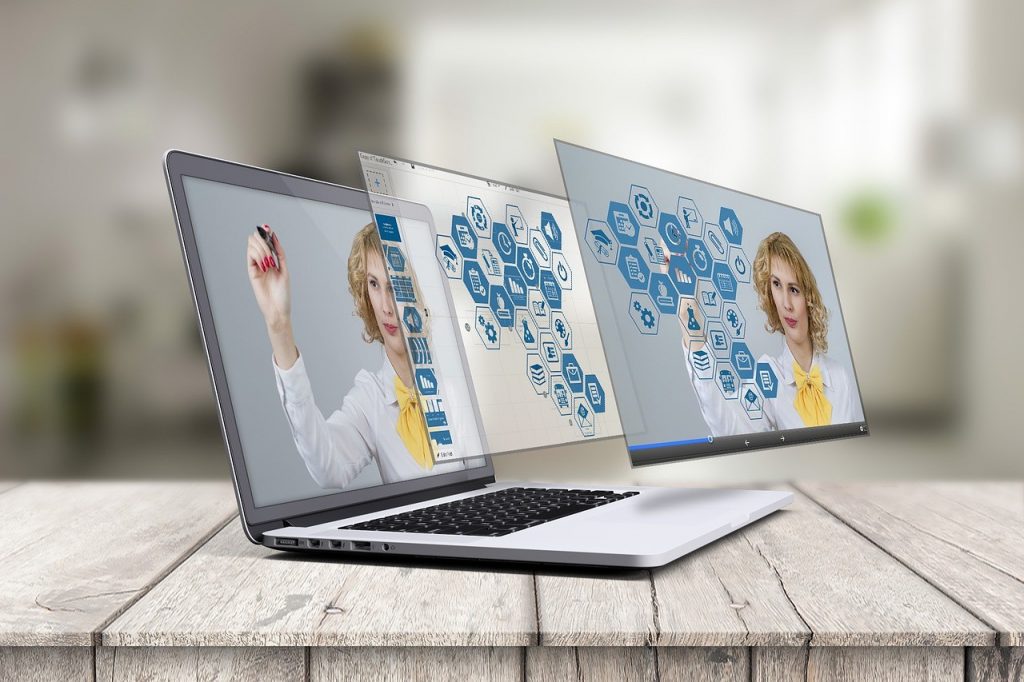 The dictionary defines Virtual Reality (VR) as a “computer-generated simulation of a three-dimensional image or environment that can be interacted with in a seemingly real or physical way by a person using special electronic equipment, such as a helmet with a screen inside or gloves fitted with sensors.”

As you can imagine, this advanced technology is a force to be reckoned with inside the healthcare space based on the possibilities to advance both patient healing and medical expertise.

As mentioned in an earlier Auxo Medical blog post, this technology offers countless opportunities for innovative patient therapies such as pain management. But as Mandy Roth explained in a HealthLeaders Media article, the possibilities for overall system-wide improvement is staggering, “Health systems successfully offering virtual care have one thing in common: they have an enterprise approach that maximizes the use of resources, enables more efficient operations, consolidates workforce, and enables scale.”

One major area that will be impacted the most by VR inside the healthcare sector is physicians-in-training. In fact, the significance in this advancement is so staggering, that it is difficult to comprehend what’s in store for their future. Back in the early 2000’s, college students training to be in the media were transitioning from learning how to literally splice film with a razor and tape it together in order to edit a news story — to waking up the following semester, downloading digital files, and editing the same exact story with only a few simple clicks of a computer keyboard. This fundamental paradigm shift in technology is happening all over again almost 20 years later, and medical students are the ones in the driver’s seat this time.

While VR will certainly leave a lasting impression across the entire healthcare field, medical students will arguably experience the greatest impact on the immediate and distant future. Here are some examples of outlining what is to come.

Learning in the Classroom

The early users of VR appreciate having experiences that, for all intents and purposes, feel real…but without being on the hook for real-life repercussions. Using VR is as close to a genuine, tangible experience as it gets. It was even notated by Todd Chang, MD, MAcM, director of research and scholarship at CHLA, that when students were deeply involved in utilizing VR modules, their heart rates would elevate by roughly 10%.

Although there is a nominal amount of published research on the efficacy of VR in medical education, it’s likely only a matter of time before it is proven as an effective tool in learning environments.

We anticipate seeing more and more immersive educational possibilities for newer physicians, including 3D generated operating rooms with simulations of surgeries and procedures.

Several years ago, medical professors at Stanford University started to use VR for teaching in their Neurosurgical Simulation and Virtual Reality Center. Brain scans were bridged together from an actual patient in an effort to recreate a detailed experience for students.

Inside of a surgical theater, while wearing VR goggles, participants could control and observe the brain from a variety of angles. “The beauty of this is really that you can appreciate in three dimensions what the structures look like,” explained Gary Steinberg, MD, Ph.D., Stanford’s chair of neurosurgery.

After the simulated experience concluded using VR, students were then able to enter the neurosurgical anatomy lab to see and feel the same anatomy composition on a cadaver. The earlier VR preparation gave students the opportunity to expedite their learning curve, strengthen their skills in the OR, and enhance their ability to make tough decisions that will inevitably take place with real-life scenarios.

During an interview with the Technology Director of Ready Set Rocket, Gareth Price is quoted as saying, “VR will see the biggest gains in training and virtual surgery rather than on the direct-to-consumer side. There are a few consumer-facing niches that virtual reality will revolutionize—post-traumatic stress disorder and phobia treatment—but the high cost of equipment and training in healthcare means that VR is well poised to have high impact in this area.”

Prices go onto say, “Currently medical students learn on cadavers, which are difficult to procure and do not react in the same way a live patient would. Virtual reality training allows procedures to be repeated and monitored in a way that increases their effectiveness. Retention for the training of physical procedures is greatly increased—from 20% retention after a week to 80% retention.”

The Intersection of AI & VR

As a newer technology, particularly within the medical realm, it offers patients a somewhat limited ability to experience virtual worlds. A significant addition to the experience would be utilizing artificial intelligence (AI) and creating “human characters” to integrate into the VR world. If patients could engage with AI humans, it has the potential for VR therapies to be even more advantageous and less dependent on actual humans.

Right now we are in the infancy of VR in healthcare; it is understandable why there is so much enthusiasm behind the technology and what it brings to the table — taking education for both patients and medical professionals to the next level, as well as improving patient outcomes. VR will undeniably impact the way physicians perform their jobs, and ultimately make a difference in the lives of people on a global scale.