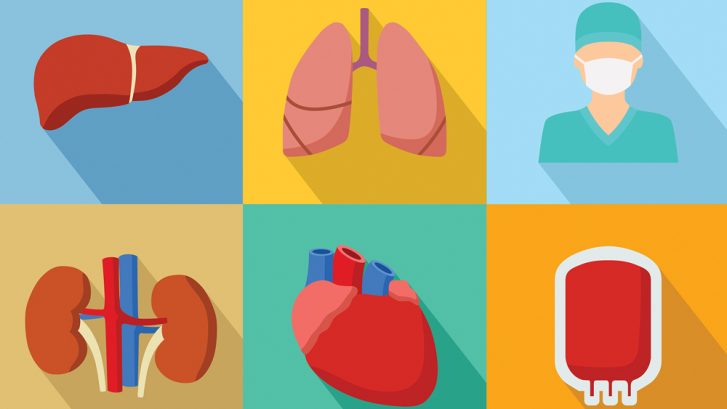 United Network for Organ Sharing (UNOS) is a private, non-profit organization that heads up the nation’s organ transplant network, in conjuction with the federal government.

According to UNOS, as of September 2020, over 109,000 people need a lifesaving organ transplant (total wait list candidates). From January 2020 through September 2020, there were 22,133 transplants. Although the U.S. system for organ donation and recovery is among the best on the planet, there is still much more that needs to be done in order to improve transplant numbers and save more lives.

The demand for organ transplants far exceeds the amount of registered donors, which leaves patients with no other choice but to wait for their phone call. The medical community, including scientists and physicians, have been investigating new, innovative methods to resolve this critical shortage of organs in hopes of assisting thousands of people.

In 2013, a toddler became one of the first patients in the world to receive a windpipe transplant, created from her own stem cells. The little girl was the youngest patient to receive the transplant in the United States.

The surgery was spearheaded by the director of the Advanced Center for Translational Regenerative Medicine, Dr. Paolo Macchiarini. He methodically created a windpipe using the patient’s stem cells from her bone marrow; they were infused over a cast of plastic fibers, formed into the shape of a tube.

The FDA approved the procedure, but considered it an experimental operation for patients who were facing grim chances of survival.

Stem cells have the capability of becoming a variety of body cells. The theory is that they respond to their new habitat, and begin replicating the suitable tissue for that environment.

Organ printing uses similar techniques that you’d see in mainstream 3D printing — but in this case, biocompatible plastic is used vs. wax or other type of plastics.

Scientific researchers have pioneered a way to 3D print models of brains, hearts, bones and arteries. The hope is that in the future, this 3D printed process can be used to produce soft implants; living tissue can then flourish and form organs.

Although the 3D organ printing concept is still considered experimental, research indicates that it may very well be viable to use this technology in creating supplemental tissues and organs, helping close the gap of our country’s organ shortage. However, printing outer-tissue body parts that are more structural in nature, may happen sooner than later. A team of bioengineers and physicians at Cornell University printed a 3D replacement ear.

With the evolution of bioprinting technology, 3D printing will have an even greater impact on patient treatment through evolving drug therapies and engineered organ replacements.

Keeping Organs Alive Outside of the Body

There is less than eight hours to safely transport an organ to an OR, prep it for operating, and then implant it into the patient’s body. Surpassing that window of opportunity, there can be serious injury to the organ, which ultimately makes it no longer viable.

A company called TransMedics has created Organ Care System (OSC), a machine that is designed to closely replicate human functions, keeping organs alive outside of the body. These devices enable organs to stay alive for longer periods of time. What’s more, no damage is caused due to excessive cold storage like traditional methods sometimes do.

While most of these organ applications are not yet considered the status quo and still in development phases, the testing and research outcomes have demonstrated hope for both creating and retaining organs. Eventually, these novel technologies could eradicate the scarcity of organs, and reduce the need for organ donations.

In our next Auxo medical blog post, we’ll discuss the benefits and importance of being an organ donor.